The decentralization genie is out of the bottle 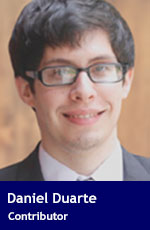 Underneath all the media brouhaha and institutional focus on bitcoin, a struggle is brewing in the crypto world: which altcoin will pick up the baton?

A fierce competition is underway for the podium, with Ethereum having a clear first-mover advantage.

Bitcoin, as economists and investors such as Larry Summers and Ray Dalio have come around to acknowledging, gave the world a new inflation hedge akin to digital gold.

However, there’s not much one can do with bitcoin besides holding it and expecting the price to go up – hence the motto “hodler” for bitcoin maximalists. Like gold, bitcoin doesn’t provide a yield on its own and its blockchain, albeit revolutionary, offers one application: money.

The main difference between the two blockchains is that Ethereum smart contracts can be about just anything, effectively giving users a Swiss Army knife to alter parts of the world ripe for disruption and automation. Ethereum has its own token, eth, which is required to conduct transactions on the Ethereum network and reward miners.

Armed with this tool, Ethereum users took on a natural target adjacent to money: finance. Even though legacy financial institutions run on computers, they are full of barriers to entry, depend on laws tied to geographical locations and keep small investors at arm’s length from truly profitable ventures.

Ethereum-based projects have seized the opportunity to enable saving, lending, borrowing and trading to anyone with access to the internet.

This has given rise to decentralized finance (DeFi), the ecosystem of cryptocurrencies, exchanges, trading platforms and shadow banks that have revolutionized digital investing. People all over the world have seen the benefits and have poured over $60 billion into DeFi applications.

Ether is now the world’s second-largest cryptocurrency with a market capitalization of slightly over $300 billion, close to half of bitcoin’s total value.

A key tenet of the crypto ecosystem is that it does not require permission – from governments, banks or other crypto projects. Just as Vitalik used bitcoin’s open software to build his own blockchain, developers have done the same to Ethereum.

Binance Smart Chain (BSC) is the most serious challenger to Ethereum’s dominance. China-based entrepreneur C.Z. Zhao took the Ethereum blockchain and made it the centrepiece of BSC, the world’s largest cryptocurrency exchange and digital-finance platform by volume. It can basically do everything Ethereum can – with its own ecosystem of cryptocurrencies and exchanges, but with faster and cheaper transactions. The catch is that it sacrifices decentralization by concentrating networking power in Zhao’s hands.

In fact, there has been no shortage of new blockchain projects pitching themselves as the ultimate Ethereum-killer, such as Polkadot or Cardano. As it happened to bitcoin after growing adoption, transaction fees on the Ethereum network have skyrocketed.

Vitalik and his team of developers are planning a series of upgrades known as Ethereum 2.0 that they claim will dramatically lower fees and increase speed by changing the incentives structure. However, the rollout date has been postponed twice, and it remains to be seen whether Ethereum can scale fast enough before other blockchains take the lead.

Ethereum remains the most active blockchain for good reasons. Its network of over 2,000 validators versus BSC’s 21 provides a strong bulwark against hacks and flash-loan attacks, which BSC projects have suffered from recently, leading to millions in losses.

Furthermore, by being a centralized exchange, BSC can be an easy target of regulators and the tax man. In May, the U.S. Justice Department and the Internal Revenue Service opened an investigation into the exchange. And  China has announced it will step up enforcement of its ban on crypto exchanges and initial coin offerings. In contrast, no one can seize Ethereum servers or funds.

The wild west of DeFi is just getting started. Another competitor looming large on the horizon is the state itself, with many proposed central bank digital currencies (CBDC) across the world to curb alleged tax evasion and money-laundering but with high costs to privacy.

However, if the successes of bitcoin and Ethereum are any indication, the decentralization genie is out of the bottle. Those networks that provide the most freedom and flexibility will end up carrying the day.

Daniel Duarte is a research associate at the Frontier Centre for Public Policy.